I Made It Home!

For I reckon that the sufferings of this present time are not worthy to be compared with the Glory which shall be revealed in us.

And this is the Promise that He hath promised us, even eternal life

A few years ago, my husband and I were blessed to meet a precious couple, E and C.  As we got to know them better, we learned that he had fought  cancer and handled treatment rather well.

We never knew just how precious the friendship would be to us.  C is beautiful inside and out, and E was so in love with her and proud of his “cougar”.  He loved teasing and bragging that he was the younger one them.

A favorite story relating to his consideration for  C was one time when they went to the hospital for an appointment (when cancer returned), he pulled a flower out of the hospital flower bed and presented it to his lovely lady. Although C was mortified that he plucked it from the meticulous landscaping, she knew his heart was entirely devoted to her. He was truly smitten by his bride. It tickled him to tell that story with that mischievous twinkle in his eyes and boyish grin.

E would do absolutely anything for anyone.  If he could not help, you better know that he would find someone who could! A few years ago, I bought something that was too big and he hurled a box, weighing over a hundred pounds into that truck of his like he was that rough and tough football player of his younger years.  When I thanked him as he pulled away, “Glad to do it,” he returned with his gruff voice and sincere smile.

When my husband was sick, who showed up at the hospital but good ole E,  huffing and puffing, not  feeling all that well himself, telling me to take a break!  Another time he came to assist with a garbage disposal.  E’s version of “help”, was to get down under our sink, turning upside down and sideways until it was fixed! Every time I flip that switch, I can’t help but think of how willing he was to be there any time a friend needed him.

He loved being out on the water. I was honored to get out there with him a few times, soaking up the rays as he navigated the river.  I especially liked the stops for barbeque, sweet Southern tea and fried pies at a local place on the  lake! Not long ago, when he was still making plans for the many things he still wanted to do, he told my husband that we were going to get out on that lake and to bring enough clothes because we weren’t all coming back until the boat wouldn’t go anymore.

E was a great college football fan as well.  He loved telling stories about his youth, going home after school and having a well-known collegiate coach sitting in his parent’s den. He and I were able to “rib” C, being a state opponent graduate.  It was always fun during football season, to go over and show off whatever team colors I was wearing and have him smile, nod and wink.  C just rolled her eyes at us and shook her head.

For all  he had to offer, I think the most memorable and wonderful was E’s great attitude toward life.  No matter how sick he was, as long as he was able, whenever we asked him how he was doing, his usual answer was “great”.  How, I would ask my husband, could someone clearly suffering the way he was, have such a beautiful disposition and positive outlook.

As my husband healed from illnesses and injuries, he made a point to tell E that he was inspired because our friend did not allow his situation and circumstance to impact his attitude and precious disposition.

Anywhere we went with E, it seemed at least one person knew him.  It was hard to tell if who he was talking to was a pal or stranger, he could strike up a conversation with anyone as though they were a long-lost friend.

He loved to spoil his little pets, too.  As his health started to decline more, E decided that he wanted a tiny furbaby to keep him company at his bedside. Of course C indulged his wishes by getting a little puppy.  Although some thought it a crazy undertaking, the pup brought much needed cheer to both of them.

I think it was last week, I felt led to drop by their house, as E’s health was getting worse.  After talking to C and their daughter for a bit, I stopped in for a second to speak to him.  it was difficult to see that once strong manly man, slender and helpless. He was groggy and weak, yet able to recognize who was there and communicate.  I told him we loved him and then gave him what would be a final college battle cry. Don’t you just know it, that darling ,though  a dry mouth, with a weak attempt to smile, his usual strong, gruff voice weakened,  whispered, the same in response. I kissed his forehead and went away, unsure if we would speak again, this side of Glory.

We never know when it will be our last opportunity to see or talk to someone, so we need to take special care of the way we treat others. Also, maybe we can take from this, that we have no idea the impact we make on the lives of others.

In life and even in his passing, E showed love and compassion, determination and bravery.  He knew in Whom He believed and trusted in the Lord, living out his testimony boldly in word and action.

I praise God for  faith to believe in Him for my salvation. For those who also  know Jesus as their Savior, and trust in Him Alone, parting is never “goodbye”.

Thanks to God for  every life E touched by warmth and kindness.  Glory to the Lord for how He worked in his life and the example he set for family, friends and strangers alike.

Thank You for this beautiful day

We ask your forgiveness for our sins against You, others and ourselves

Thank You for Your beautiful servant, E

For the trust He showed You in life

And the courage he found in You through sickness

In weakness, You brought strength

We thank You that now he is with You in Glory

That he is healed and whole

We ask comfort and peace for C, his family and friends

That can be found only in and through You

Please let those who may not know You as Savior, look at E’s life

And see the phenomenal example he was wherever You called him

Whatever You asked him to do

Following with a trusting heart and precious spirit

And leading by example

Thank You for each life here, our family and friends

Please be with the leaders

Please keep watch over our enemies

Thank You for being our Lord, Savior, Redeemer and Friend

In the Name of Jesus

It Is Well With My Soul

Blessed Be The Name of The Lord

E and C S., family and friends who have blessed them by reaching out and praying for them during his illness and who continue to do so throughout the days, weeks and years to come 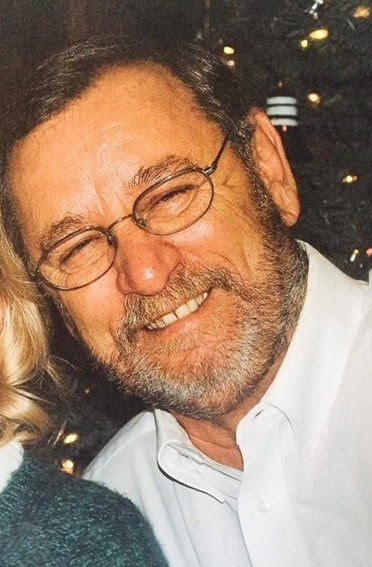 Mr. S.,  passed away in May.  Mr. S was a lifelong resident of __ County. He was a  graduate of ___ High School where he served as Class President. He was a member of his high school football team and went on to play football at  _____ University. After college, he served with the United States Army as a medic and was a paratrooper with the Special Forces. Mr. S retired after 40 years of service. He was a skilled craftsman by trade and enjoyed building and remodeling houses. He also loved boating with family and friends. He was a friend to everyone he met, always eager to lend a helping hand. He was a wonderful husband and dad, and he had a huge heart. He loved everyone and everyone loved him. Mr. S was a Christian by faith and a longtime member of ( (private information)__church)).

First, and most importantly, I love Jesus Christ and I trust in Him as my Lord and Savior. I was raised in a Christian home by a godly dad and mom (who planned and had me in July before turning 42 in August), and 5 older siblings. My father passed away when I was 7 and my mother (who went to be with the Lord in 2005 at 81) never remarried. As a child, I was bullied at school, so I did not have many friends. I didn't want to tell my mom this because I knew she had enough worry being a widow at 50. I know what it is like to be lonely. As an adult, God showed me the value of His Friendship and has blessed me, too, with rich relationships with dear friends who also love the Lord. My husband and I (married 31 years as of 2020), have three wonderful, adult children and son-in-law as well as three darling grandchildren. Along with many others, my husband lost his job, but we refuse to be fearful or angry. The Lord has provided for us and we are so thankful for the opportunity to express gratitude through personal contact and occasional memories I share through writing. I believe the Lord has given me a venue to engage with others and a means to share His Word. Thank you for checking out my page. I hope you enjoy what you read. If there is anything positive or insightful in the devotionals (NOT CALLING MY WRITING "INSPIRED" by any means!), I give all credit and glory to Jesus Christ! On the other side of that, when something makes no sense, that's all me
View all posts by voicevessel bwc →
This entry was posted in Uncategorized. Bookmark the permalink.